Who is the Father of Biology

Why is Aristotle called the Father of Biology?

Aristotle is called the ‘father of biology’ because he extensively studied the natural world and investigated its origins using scientific insight and systematic observations rather than linking it to divine intervention. He was the first to uncover the relationship between animals and establish a system of classification. 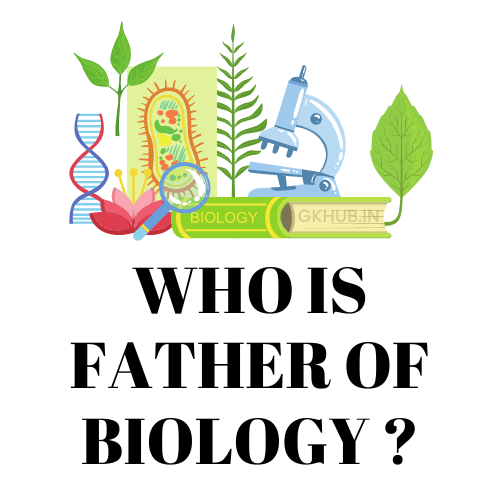 Biology is the branch of science that deals with the study of living organisms. Biology is an important part of science. Biology is one of the three major branches of natural science. This science is concerned with the study of life, life and processes of life. The term biology was first used by Lamarck and Trevirens in 1801-02 AD. In this science we read about the structure, functions, development, origin, identity, distribution and classification of organisms. Modern biology is a very broad science, which has many branches.

Like other branches of science, there have been two fundamental trends of human beings behind the origin and development of biology-

The study of living organisms just for the sake of curiosity is called theoretical biology. Whereas the study of living organisms for the benefit of human beings is called applied biology. When humans adopted the process of raising useful animals and growing plants, animal husbandry and agriculture started and as a result, human beings have gained a lot of knowledge about living things.

Aristotle (384 BC-322 BC) was a Greek philosopher. He was a disciple of Plato and a teacher of Alexander. Aristotle is called the father of biology, because he was the first to express his views on the subjects of animals. It was Aristotle who divided the organisms into animal and plant kingdoms. Aristotle composed on many subjects including physics, spirituality, poetry, drama, music, logic, political science, ethics, biology. Aristotle carried forward the work of his mentor Plato. Plato, Socrates and Aristotle were among the greatest philosophers of Western philosophy. He produced the first comprehensive work on Western philosophy, which combined policy, logic, science, politics and spirituality. Aristotle’s views on physics had a huge impact on medieval education, and it also had an impact on the Renaissance.

Aristotle was born in 384 AD in Stagira, a Greek colony located 200 miles north of Athens. Aristotle’s father, Nicomachus, was a physician and his mother, Fastis, was a housewife. He spent his childhood in Pella, the capital of Macedonia. where his father was a royal doctor.

In his childhood, the shadow of his parents rose from his head. Aristotle’s physical appearance was like an ugly one. Aristotle started taking interest in medical science from childhood and he took advantage of this experience in his works.

When Aristotle was eighteen he accepted Plato’s discipleship. At this time the fame of the Academy of Athens Plato was in full swing. Aristotle was a brilliant student and became Plato’s most beloved disciple. Aristotle was fond of collecting new books.

Plato called Aristotle’s house the ‘reader’s house’. Aristotle was about 43 years younger than Plato. He was counted among the most brilliant disciples of Plato. Alexander, who was called the world conqueror, was a disciple of Aristotle. Aristotle took Plato’s discipleship at the age of 17. At the invitation of King Philip, Aristotle was appointed the mentor of the young Alexander.

He wrote on many subjects including physics, spirituality, poetry, drama, music, logic, political science and biology. His father was a royal physician in the court of the king of Macedonia.

Thus the life of Aristotle was greatly influenced by the Macedonian court. His father had died in his childhood. After the death of his father, 17-year-old Aristotle was sent to Athens by his parents to complete his education.

There he studied under Plato for twenty years. In the last years of his studies, he himself started teaching in the academy. Aristotle was considered the wisest man of that time, who was admired even by his own teachers.

Aristotle is counted among those great philosophers who were such a person before and did not rely on traditions and reached any conclusion only after examining any incident.

After Plato’s death (347 BC), he left Athens with his friend Xenocrates and went to the city of Essas, failing to obtain a headship at the Academy. There he accepted the post of royal doctor in the court of Emperor Hermias. Later he established an academy with the help of the emperor.

Aristotle went to his court at the invitation of Hiyaz, a friend of Atreonius. He lived there for three years and during this time he married a woman named Hypalis, the niece of the king. This was Aristotle’s second wife, he had previously married a woman named Pithius, after whose death he had a second marriage. After this a son named Necomax was born to him.

After Alexander became king, Aristotle’s work was over and he returned to Athens. Aristotle founded the Platonic School and Platoism.

Aristotle often walked while preaching, so after some time his followers came to be called Peripatetics. Aristotle loved to explore, especially on such subjects which are related to human nature, such as how does a man deal with problems whenever he faces them? And how does the human mind work? What should be in the administration working to keep the society connected with the people, which should always work in a proper way.

To answer such questions, Aristotle used to work with great leisure, keeping an experimental stand on the environment around him. He used to give discourses extensively to his disciples in the morning and in simple language to the common people in the evening.

Aristotle went to the ancient Greek kingdom of Macedon in 338 BC at the invitation of King Philips II of Macedonia. There he was asked to tutor Philips-II’s 14-year-old son, Alexander. Both father and son had great respect for Aristotle.

Keeping in mind the words of Aristotle, Alexander agreed to build an academy. Aristotle with the help of Alexander in 335 BC. In AD he established an education ritual called the Legium. He had donated education as a teacher for 12 years in his education rituals. During his lifetime, Aristotle wrote many books.

323 BC On the death of Alexander the Athenians revolted against Macedonia. Aristotle, being a Macedonian, went to the city of Calsis on the island of Euboea to save his life after being accused of treason. It was here that this great philosopher died in 322 BC. The light of life was extinguished in me.

He also wrote on scientific subjects like physics, biology, meteorology etc. Compositions like ‘Meterology’ and ‘History of Animals’ are of scientific category. ‘Rhetoric’ and ‘Poetics’ works come under aesthetics. ‘Metaphysics’, ‘Nicomacian Ethics’ and ‘Politics’, ‘Two Constitutions of Athens’ are the works of philosophy. Eudemus’, ‘Kylo’ and ‘De Anima’ are other famous works of Aristotle.

Aristotle had also composed the book Politics, in which there is a realistic depiction of the then political system. Aristotle had put forth an important idea in this book that “the creation of the state is not done deliberately or deliberately by a group of individuals. The state is a natural institution. The state precedes man. That constitution is best which is more permanent”.

1. Who is the father of biology?

2. Who was the first to use the word Biology?

Answer – The term biology was first used by Lamarck and Trevirens in 1801-02 AD.

Answer – Biology is the branch of science under which living organisms are studied.

4. Who was the teacher of Aristotle?

5. Who was Aristotle’s favorite disciple?

Answer: Aristotle was a Greek philosopher.

7. When was Aristotle born?

Answer – Aristotle was born in 384 BC in the famous city of Macedonia ‘Stegirus’ located in the north.

8. Why is Aristotle called the father of political science?

9. Who is the father of microbiology?

11. Who is the father of bacteriology?

In today’s article, we have told you about the Father of Biology. You have been provided information about all the facts related to biology. Along with this, information has also been provided about the life of the father of biology, Aristotle. If you have any doubt then you can ask in the comment box below, your doubt will be cleared.

If you like the article, then share it with your friends so that they can also know about the father of biology.