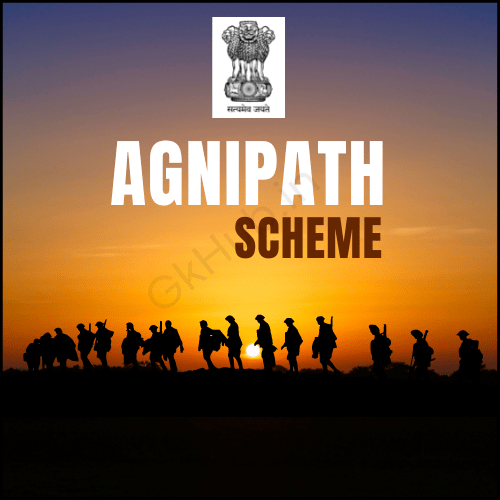 In this article, we will know that what are the qualifications we should have to participate in this scheme, what should be the age to apply and how can we apply. Below you have been given all the information of Agnipath Yojana. So let’s know about Agnipath scheme-

A new army recruitment scheme has been started by the Government of India – named Agnipath scheme. This scheme has been announced on 14th June 2022. This has been announced by the Defense Minister of India, Rajnath Singh and key officers of the three services. Its purpose is to give employment to the unemployed youth of India and to give maximum opportunities to the youth to protect the country. Due to which they can be easily trended for new technology and their health and fitness level will also be much better. In this recruitment of 46000 soldiers will be taken out.

What is Agnipath Scheme

The central government has started the Agnipath scheme to provide employment to the youth in the army. According to the government, the soldiers selected in this scheme will be called ‘Agni Veer’. Under the Agnipath scheme, young soldiers will be recruited below the posts of officers. According to the Defense Minister, this scheme has been taken to strengthen the security of the country and to offer army service to the youth of our country. 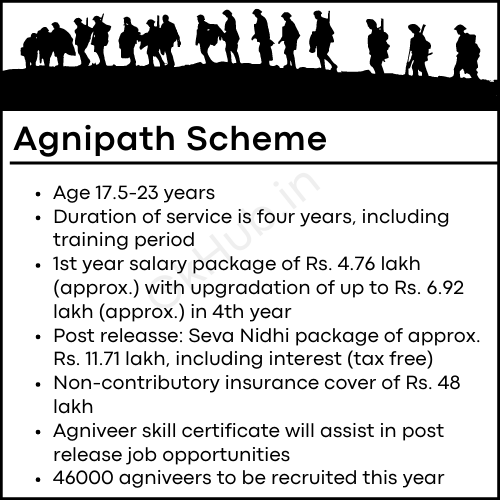 Efforts are being made that the profile of the Indian Armed Force should be completely strong and young. This scheme has been started to make the country’s army stronger and more modern and professional.

What is the eligibility criteria for this scheme?

Under this, the soldiers will be enrolled in the three armies according to the focused system and the soldier will be recruited in the army according to his merit. The quality of teaching of the youth applying for this would be sought. The country should be 17.5 to 23 years to participate in this scheme. He should have Indian citizenship. He/she must fulfill certain medical document requirements to join the Agnipath scheme.

The qualification educated by Agni Veer should be 10th pass in some posts and 12th in some posts. The participant will do duty in the army for 4 years as Agni Veer and will be selected on the basis of All India Merit.

Under the Agnipath scheme, soldiers will be recruited into the army after training. Troops will be deployed on submarines, ships and aircraft. Women will be given a different type of service in which women will work as sailor. soldiers will be selected on merit basis out of which 25 percent soldiers will be inducted in Agnipath. Agnipath has announced Agniveer Samman and Award to encourage youth. The soldier who gives his service with full devotion will be rewarded.

To join Agnipath Army, youth will need certain documents. Without these documents he cannot apply in Agnipath. Below is the list of documents. You can watch from there. 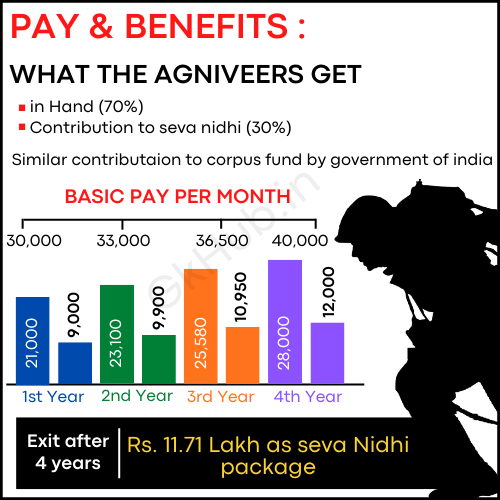 Benefits and Features of Agnipath Scheme

➡️ This scheme has been announced by the Government of India.
➡️ The purpose of this scheme of the country is to make the country’s army strong and modern.
➡️ Under this scheme, youth will be able to get employment.
➡️ Those youth of the country who dream of taking part in the Indian Army can fulfill their dream under this scheme.
➡️ The benefit of this scheme will be for the three armies, Army, Air Force, Navy.
➡️ Through this, a large number of youth of the Indian Armed Forces will be recruited and the army force of India will be strengthened by using new technology.
➡️ The soldiers of Agnipath were given the name of Agni Veer.
➡️ The same scheme was launched by the Defense Minister of India and the chiefs of the three armies on 14 June 2022.
➡️ India’s economy will be strengthened through this scheme; youth will become self-reliant in Agnipath scheme.
➡️ The soldiers of Agnipath will be recruited for 4 years and after retiring after 4 years, they will be given work in private companies.
➡️ Soldiers will also be given good salary in this scheme.

In Bihar, Uttar Pradesh, Haryana, Madhya Pradesh, Uttarakhand, Rajasthan, angry students blocked the road and railway station. Taking banners in their hands, the students also started street demonstration.
After the implementation of Agnipath scheme, it was fiercely opposed by the youth. After the government approved this plan of Agnipath, protests have been held in many states against it. Simultaneously, students pelted stones at police personnel and vandalized a large number of vehicles.

In opposition to the Agnipath scheme, the youth say that after many years of hard work and effort, they are recruited after passing the examination. In such a situation, what is the benefit of only 4 years of recruitment under this scheme? After 4 years they will become unemployed then they will not have any option of employment.
In Bihar, demonstrations are being organized by the youth in many districts. The students not only blocked the railway track but also set fire to the trains along with vandalism.

As a result, government property was damaged. Due to the raging in Nawada, Bihar, the district office was also set on fire. Furniture in the office was burnt and there was a fierce demonstration.

The highway was also blocked in Gurugram. In protest against the Agnipath scheme, young students also blocked the Delhi-Jaipur highway in Gurugram and protested by thousands of youth.
At many places, youths seriously injured the employees due to stone pelting on the youth of police and army.

How to apply online

➡️ First of all go to the official website of this scheme.
➡️ Fill your complete information on the website.
➡️ After filling the information click on submit button.
➡️ After submission take a print out of Agnipath Bharti Yojana Form.

If you liked today’s article, then share it as much as possible so that youth can apply in this scheme and take advantage of this scheme.