Read : Wild Animals Name in English, In today’s article, we will read the names of wild animals with pictures, we will also get new information related to them. 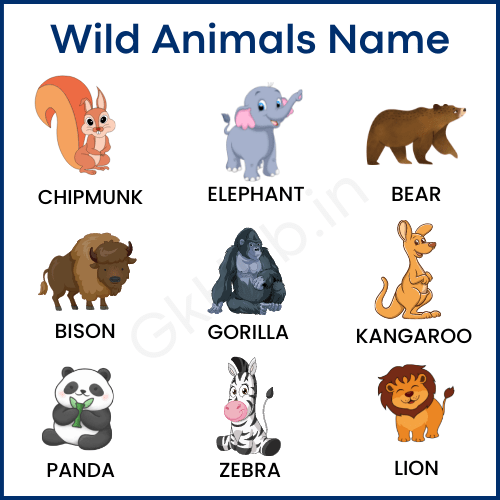 Pets are a friend or part of family to us. Pets have also been considered of special importance for human life. Milk, from which we get calcium, vitamins, proteins etc., which is very important for humans, is obtained by domestic animals like cow, buffalo, goat etc. We get milk from many animals. We can also make curd, cheese, ghee, sweets, etc. things from milk. Many big businesses are also run by the milk obtained by the animals.

Animals are also used for transportation. Animals like bull, donkey, camel are used to carry goods. Pets protect our home like cat and dog. Snakes and earthworms make the fields fertile. Animals give us food and meat. Animals are also considered as a means of entertainment. Animals like bear, monkey, zebra perform beautiful feats. Animals enhance the beauty of nature.

Many colorful creatures enhance the beauty of the earth. Animals are our friends. Animals cannot understand our language but they understand our feelings very well. Animals love us and hope that we love them as much.

We get dung from animals. We use cow dung as fuel. We use fuel for cooking and lighting. Manure of cow dung is also very important for crops, it gives good crop. 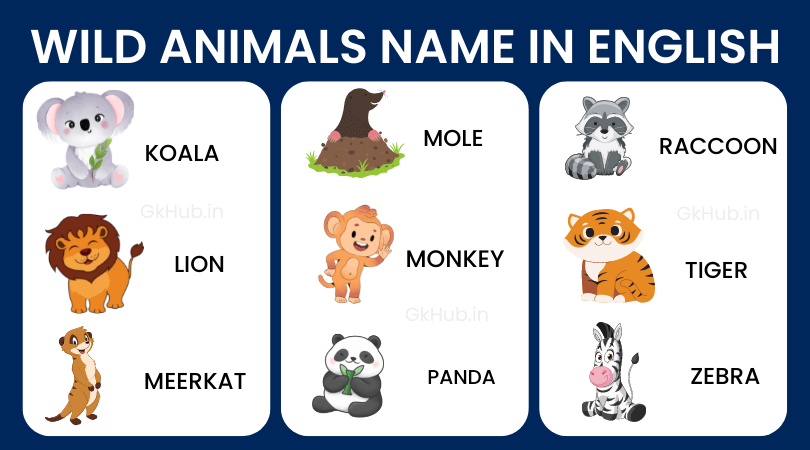 Tiger is one of the dangerous animals. Its scientific name is Panthera tigris. It is a carnivorous animal living in the forest. Its body color is made up of a mixture of red and yellow. The color of its feet is white. Tiger mostly lives in forests and plains. It has stripes on its body. The life span of a tiger is about 19 years. The tiger has a special art of catching its prey. 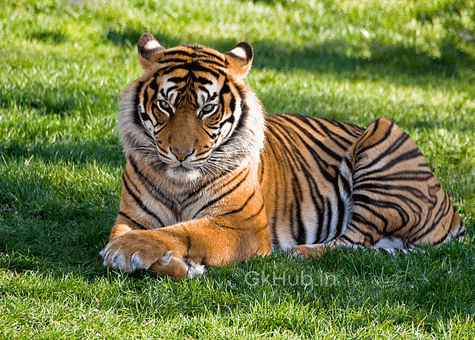 The tiger always hides behind the bushes and catches the prey as soon as it arrives. Tigers are found more in India, Bhutan, Nepal, Korea and Indonesia. Tiger belongs to Chordata federation and is a mammal. The number of tigers in the whole world is about 6000, out of which 4000 tigers are found in India. The weight of a tiger is about 300 kg. Its length is 12-13 feet and height is up to 70-120. The tiger is considered a species of cat.

Elephants have always been famous for their large size. It is a mammal. Its weight is about 10,900 kg. The gestation period of an elephant is 22 months, which is the longest of all living beings. Elephant baby weighs about 104 kg at birth. The life of a hand is 50-70 years. Elephants are considered intelligent creatures because of their high memory power. The color of the elephant is gray or black. 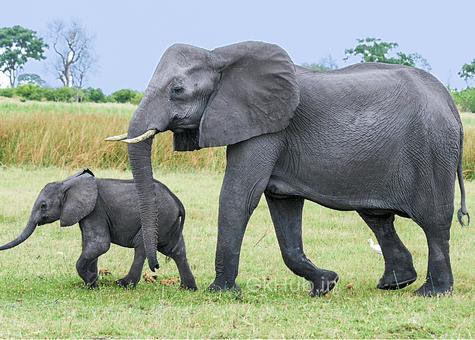 The trunk of an elephant is the most important part of its body. The elephant drinks water from the trunk and fills 14 liters of water in its trunk at a time. Elephant’s teeth are big. African elephant teeth are about 3 meters long and weigh up to 45 kg. It is a vegetarian animal. It eats leaves, grass, etc. of trees. Elephants also know swimming well.

Rhinoceros is called Rhino for short. It has also been included in dangerous animals. Its height is about 6-11 feet and its weight ranges from 2000-2700 kg. Its five species are found in the world- 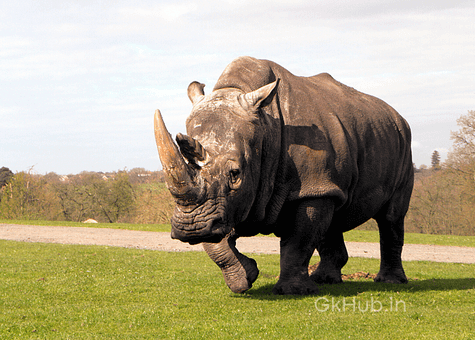 The rhinoceros weighs more but can run at a speed of 50-55 km/h. Its horns are big. The length of the horns is up to 4-9 feet. The special thing about their horns is that after breaking the horns grow back. A rhinoceros can live up to 40-45 years. The Rhinoceros is a vegetarian animal. It eats leaves and grass. Rhinoceros are found in India, Burma, Nepal, China and Pakistan. The eyes of a rhinoceros are very weak, so it cannot see distant things. A group of rhinos is called a crash. The special thing about rhinos is that they can sleep while standing.

The lion is called the king of the jungle because it is the most powerful animal. It is a carnivorous animal. It is considered to be a type of cat species. The lion belongs to the Panthera lineage. Its scientific name is ‘Panthera leo’. Lion hunts wild animals and fills its stomach. A lion lives for 8-10 years. 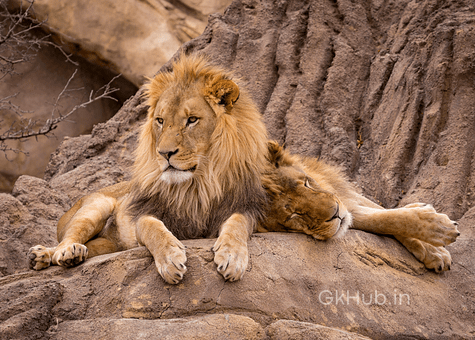 Lion has thick hair on its body. There are 30 teeth in the jaw of a lion. Lion is dangerous as well as a beautiful animal. The claws of a lion are very powerful, due to which it can easily hunt. Lion Day is celebrated on 10 August. Lions like to live in herds. Lion weighs up to 180-230 kg. It can also swim easily in water. There are two species of lion-

Lion sleeps for 18 hours out of 24 hours, so it is also considered a lazy animal.

Leopard is considered to be a powerful and cunning creature. The speed of the leopard is very fast. It can run at a speed of 56-60 kmh. Leopard is found in Africa, Korea, India, China and Malaysia. Its eyes are very sharp. Leopard hunts at night. Their hearing power is also very fast, so that they can easily hear any movement from a distance. Leopard is yellow in color and has black spots on it. Leopards have a very good art of climbing trees and they like to rest on the tree. 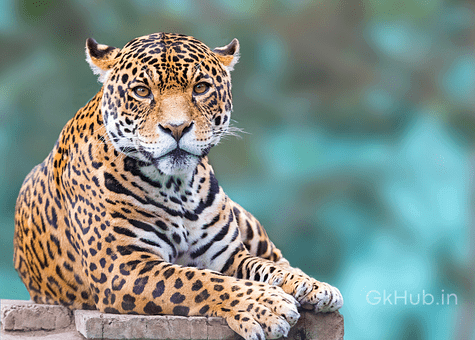 It can jump up to 6 meters away. Leopards are considered to be clever animals because they often hide and attack whenever they get the chance. Nine species of leopard are found-

Bear is a beautiful and mammal animal. It is a carnivorous animal. It is brown, white and black in colour. The entire body of the bear is covered with hair, so it remains warm in winter. Bear likes to be alone. The favorite food of bears is fish and honey. The bear also has a good art of climbing trees and swimming in water. Their special thing is that their ability to smell is very good, so that they can easily smell anything and reach it. Bears make their homes in caves. 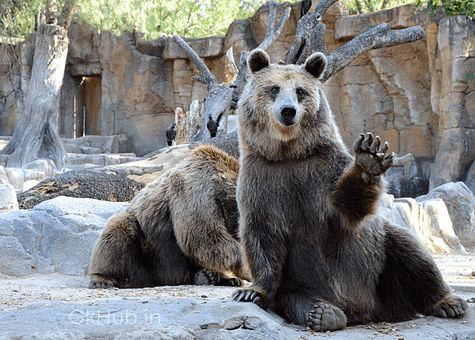 Their nails are sharp and hard. Their life span is about 20 years. Many bears are omnivores, eating both meat and grass and leaves. There are 8 species of bears in the world. which is the following-

Panda is a beautiful and herbivorous animal. It fills the stomach by eating grass and tree leaves. Panda has thick hair on its body which is very thick. Pandas are mostly found on cold areas, so these hairs protect them from cold. Pandas mostly climb trees. They are found more in China. Panda does not have the ability to run fast. It can run at a speed of 35 mph. The special thing about pandas is that they have a very high sense of smell. For this reason, they search for bamboo wood even at night. Pandas can also swim in water. 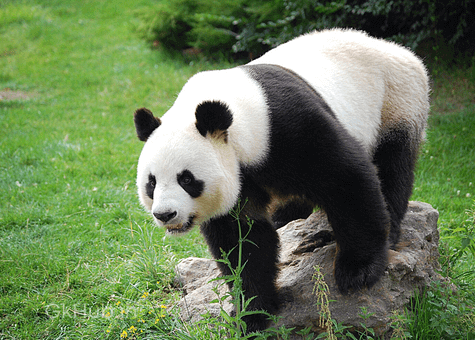 The panda weighs 80-140 at birth but grows to 150-200 when it grows up. The life span of a panda is 25-30 years. Panda is considered a lazy animal because it spends most of its time sleeping. 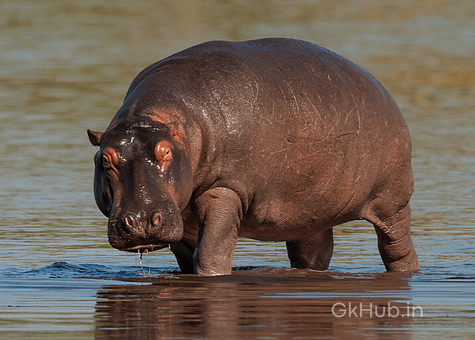 Its teeth are very dangerous. The length of the tooth is about 50 cm. Their mouth is very big. This animal is found in Africa and it is the most dangerous animal in Africa. These animals like to live in herds. Hippopotamus weighs a lot but can run at a speed of 48 kilometers per hour.

Crocodile is a very dangerous animal. Seeing the crocodile, people’s soul starts trembling. It is a mammalian animal. There are 23 species of crocodile found in the world. Crocodile is an animal that was found in the time of dinosaurs. Its weight ranges from 90-100 kg. Its length is 5-7 feet. This jaw is very hard and strong. The world’s largest crocodile is Machimosaurus Rex. It is found in lake, brackish water, fresh water, river. 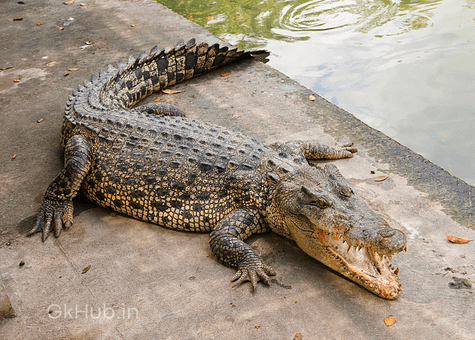 The main place of crocodile is in America, Africa, Asia. Crocodile is such an animal that does not chew the prey, it swallows directly. Crocodiles sleep with their eyes open, so their eyes look like a red dot at night. It can swim in water at a speed of 25 mph. It can survive for 1 month without food.

Zebra is an animal found in Africa. There are many species of horse in Africa, among them the zebra is also one. It has white and black stripes on its body. Its stripes are of different types. These are social animals that live in small to large flocks.
At present 3 species of zebras are alive- 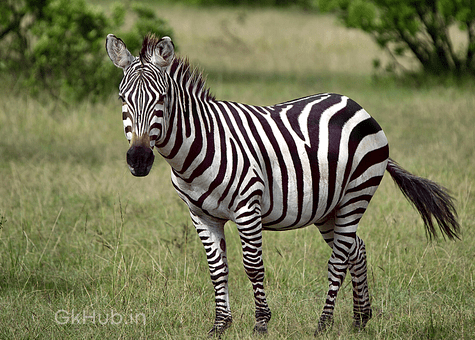 Zebras are very brave. If a zebra gets injured due to being in the herd, then its herd mates help him. There are about 7 lakh zebras left in the whole world. The weight of a zebra ranges from 200-400 kg.

Zebras can run long at a speed of 65 kilometers per hour. When a hunter chases them, then they do not run straight, but they run in a horizontal manner and by doing so they escape from the hunter. Zebras mostly eat grass, apart from this they also eat leaves, bushes, etc. Just like all fingers of humans are of different sizes. Similarly, the stripes on the body of all zebras are also of different types.

You must have seen a zebra crossing on your road too, due to the white and black stripe on it, it has been named Zebra Crossing. Life is very difficult for zebras because lions, hyenas, cheetahs, other wild animals remain in danger. 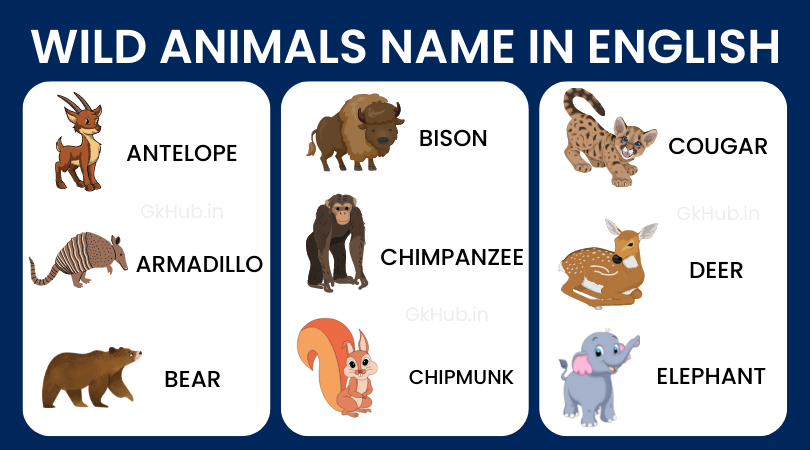 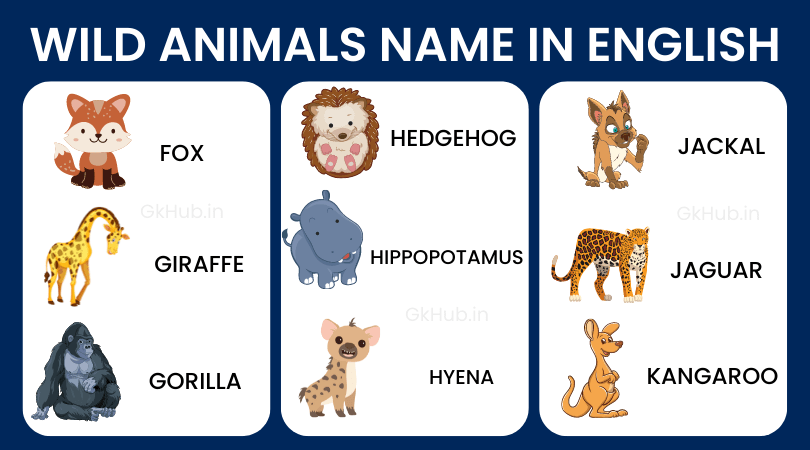 Animals are very important to us. Information about Wild Animals Name is given in this article. Many animals are currently on the verge of extinction. The reason for this is the lack of awareness among humans. To save the animals, the government has also implemented many laws, but still they are being hunted. If this continues, then the animals on earth will end. We should make people aware to save animals. If nature is to be saved, then for this the protection of animals is very important.