Hello Friends, In today’s article we will know about Fatima Sheikh. She was the first woman teacher of India. 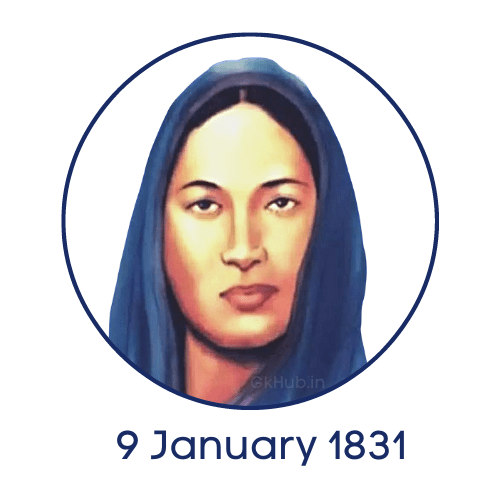 Hello Friends, In today’s article we will know about Fatima Sheikh. She was the first woman teacher of India. Fatima Sheikh was a social reformer who crossed India’s caste system and struggled her whole life to provide education to women, children of the desired class in the society. Due to this, she also had to face the difficulties given by the society, but he did not give up. Fatima Sheikh continued her mission with Savitri Bai Phule and with the help of kept on fighting the opponents boldly.

Fatima Sheikh faced many difficulties in her life but she never lost her courage. In every situation, she took care of herself and kept on moving forward. So let’s know about the things related to his life –

Fatima Sheikh was born on 9 June 1831 in Pune, Maharashtra. Fatima lived in Pune with her brother Usman Sheikh who helped her sister a lot in her education. She was the first Muslim teacher, Who with the help of Savitri Bai Phule, gave education to the downtrodden, wanted and women. Fatima Sheikh was the first student of Savitri Bai’s school. Fatima Sheikh did not want to educate any limited number of children and women. His goal was to spread education in maximum society. Like Fatima Sheikh, there were many other women in India. Those who spent their whole life fighting for the improvement of society, but they did not get any place in history. 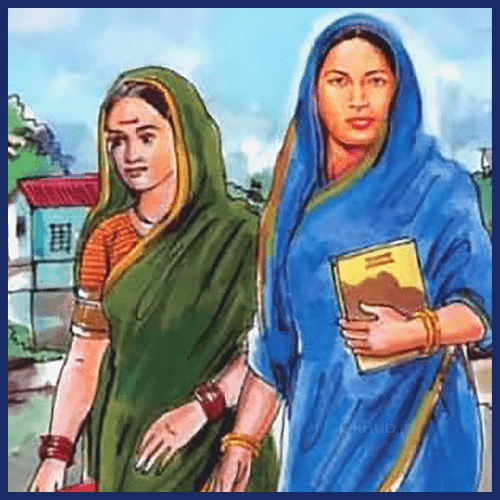 Usman Shaikh advised her to go with him to his house and Savitri Bai did not want to go to a Muslim’s house due to being self-respecting. Savitri’s intention did not change even after Osman Sheikh’s persuasion and then when this matter reached Fatima, she herself reached Savitri Bai. He praised the similar views of both Savitri and her husband and said that you can promote education in this society. You can improve the society.

Your thoughts can change the racism in this world. On the persuasion of Fatima Sheikh, Savitri agreed to stay at his house. Thus Fatima Sheikh kept them in her house. Fatima Sheikh is considered to be the biggest assistant and teacher of Savitri Bhai Phule’s mission.

Fatima Sheikh used to go to the society and inspire people to go door to door to get education. She used to explain the importance of education to the people, but the contractors and people of the upper class harassed her. She continued his struggle without ever giving up. Even when Savitribai Phule used to go to the society to conduct education. Then stones and cow dung were thrown at her by the people of the society, but she still tried to educate women, children of deprived class, dalits.

Fatima Shaikh ji used to call and teach the children and girls of the backward classes at home. When she started educating the girls of Muslim and Depressed class, at that time she also got the support of Jyotiba Phule and Savitribai Phule, she was also working in this field.
Fatima Shaikh and Savitribai Phule met at a teacher training institute, run by American missionary “Cynthia Farrar”. During this time there was a lot of conversation between the two and both of them had developed a very deep friendship. After this, Fatima Shaikh and Savitrabai Phule together started the work of getting the backward women their right to education.

Fatima Sheikh had established an ‘Indigenous Library’ in the house of her brother Osman in the year 1848. This was the first school in India where girls were given education. It was here that Fatima Sheikh and Phule couple also started the work of imparting education to the deprived and poor sections of the society and Muslim women.

In this school established in Pune, education was also given to those who were denied education at that time on the basis of caste, religion or gender.
Fatima Sheikh along with Jyotiba Phule and Savitribai Phule made many efforts to improve the education of Indian women. Fatima Sheikh made efforts to get the rights of education to the women of Muslim and downtrodden class who were not given the right to education in the society.
Fatima Sheikh had made efforts for equal rights for education to women belonging to the Dalit class, Muslim class and all other backward classes and she also opposed the oppression of women.

Fatima Sheikh ji had greatly supported Savitribai Phule and Jyotiba Phule, when some fanatical women were rejected by both of them and they were thrown out of the house, then Fatima Sheikh allowed these two women to stay in her house and He was also given a place to open a school in Pune.
Fatima Sheikh also played her role by providing education to children in 5 schools established by Savitribai Phule. Along with this, in 1851, Fatima Sheikh had also made an important contribution in the establishment of two schools for the education of children.

At that time Shudras were not given the right to receive education. In such difficult circumstances, Fatima Sheikh went to her house and explained the importance of education to the girls and encouraged them to take education. He did not avoid any child on the basis of religion or caste, he provided equal education to all the children.
Fatima Sheikh also faced many difficulties in this work, she was opposed a lot by the people of the society, but she remained firm on her goal of ‘Equal Education in the Society’ and she also fulfilled this goal. Throughout her life she was involved in the struggle for education and equality.
Fatima Sheikh was the first female teacher of India who made a lot of efforts to improve the status of Muslim women in the society.

Google made a doodle of Fatima Sheikh

On 9 January 2021, Google honored India’s first female teacher Fatima Sheikh ji by making a tremendous doodle on her 191st birth anniversary. He also praised his contribution towards education in the society and gave him a lot of respect. Created by Google on 191st birth anniversary. Earlier, Google made a video doodle on the 80th birthday of ‘Carsmolologist Arthur’ and scientist ‘Stephen Hawking’ and the life of Stephen Hawking was shown.

Savitribai Phule is considered to be the first feature of India. Whose doodle was made by Google in 2017. Which was very beautiful in which Savitribai Phule is seen calling women and children of the society in her zone and doing the work of teaching in her school.
When Fatima Shaikh’s birthday was celebrated on January 9, the picture of this program came on social media, then people belonging to ‘Dalit-Bahujan’ organizations in Maharashtra and many other places objected to it.
The statue of Fatima Sheikh lives on in the hearts of people across the country and her services are remembered even today.

About the Fatima Sheikh

Fatima Sheikh, Government of India remembered her great work and achievements in 2014 and her curriculum was included in Urdu books along with other teachers. Whose goal is that today’s youth can know about Fatima Shaikh and the work done by her in the society and know the importance of education and eliminate discrimination in caste.
Historians have written very little information about Fatima Sheikh and her brother Osman Sheikh in the history of India. Historians glorify their fictional stories by not giving description and information of great hero heroines, about whom Jyotiba Phule says that they were pen butchers.

The historians of India never gave them what they deserved, they were neither put in any syllabus nor any books were published about them. If seen in the last few years, now people are knowing about them. The world is now getting a lot of information about them. Which shows that due to Savitribai Phule and Fatima Sheikh, the girls of our India country are measuring space. Whose credit is given to Savitri and Fatima Sheikh because they revolutionized the field of women’s education.

What do we learn from the life of Fatima Sheikh ?

Today we talk about that missing name Fatima Sheikh, who despite having the biggest contribution in the history of education, very few people know her. Whose history has very little mention and about which we get very little information.

Fatima Shaikh without whom Savitribai Phule’s mission was incomplete and in the education category, Muslim Dalit is considered to be the most important role in educating women and children of backward classes. Fatima Shaikh not only supported Savitribai Phule. Rather, he gave Savitri a place to live in his house and also to open a school, Fatima Shaikh, along with Savitri, broke all the rules of the society which prevented women from moving forward, the society that believed that women had the right to be educated. Fatima Sheikh ignited such a torch of education in which ignorance was removed.

Fatima Sheikh had to face a lot of difficulties in educating women of Muslim and other societies. Savitri Bai and Fatima faced the opponents together and kept fighting for this improvement by joining Savitri’s shoulders. If the credit of opening the first school in India is given to Savitri Bai Phule and the credit of first female education is given to Fatima.

If you liked our today’s article, then share it as much as you can so that people read about Fatima Sheikh and get inspired by her. Face the struggles firmly and eliminate the notion of casteism from the society. Everything related to his life inspires us.

Q. When was Fatima Sheikh born?

Q. Where was Fatima Sheikh born?

Q. What was the name of Fatima Sheikh’s brother?

Q. Which two women did Fatima Shaikh get along with?

Q. When did Fatima Sheikh established the Swadeshi Library?

Q. Which birth anniversary of Fatima Sheikh will be celebrated in 2022?

Q. What did Google make in memory of Fatima Sheikh?

Q. What was the name of Fatima Sheikh’s father?